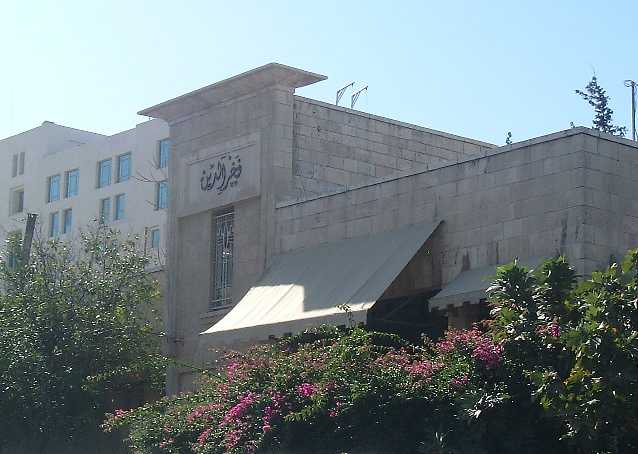 Fakhreldin Restaurant is located a few meters away from the 1st circle nearby one of the oldest neighborhoods of Amman. It was originally built and owned by the late H.E. Mr. Fawzi Al-Mulki one of the Prime Ministers of Jordan and was designed and constructed during the mid 20th century’s golden era, and over the years has also been a home to several prominent dignitaries in Jordan.
As the concept of a Levantine Lebanese restaurant broke ground in 1997, the Fakhreldin family and the renowned architect Ammar Khammash made a collective decision to renovate the deep-rooted house and preserve its Jordanian heritage and style.
Fakhreldin Restaurant, a fine dining restaurant for the past 20 years, has earned public acclaim as one of the leading restaurants in Amman and the region as a whole. It has enjoyed a large clientele base consisting of several prominent figures, ranging from politicians and writers to actors and performers.
The cuisine, developed from the Levantine cuisine, offers a healthy and wholesome menu that includes over a hundred choices of vegetarian and non-vegetarian dishes. The cuisine offers a healthy eating plate filledwith a balanced mix of nutritious ingredients recommended for a healthy diet. The flavorsome dishes use only the finest quality of fresh produce from the region. Only garden-fresh vegetables, grains, pulses, juicy meats, fresh fish and chicken with plenty of olive oil, natural regional spices and herbs are used. It is also essential that neither imported nor processed ingredients be added.
The outdoor lush garden (welcoming guests during fair weather) is planted with oriental foliage such as jasmine, bay leaf, fig, apricot and almond trees, all very typical of the Jordanian landscape.
Fakhreldin Restaurant is renowned for its quality and service, earning awards and recognition as one of the finest restaurants inAmman.
Fakhreldin Restaurant is open from 12 p.m. to 12 a.m., serves hubbly bubbly and also offers a non-smoking area.
Welcome to Fakhreldin Restaurant.